Value at risk definition and example

Posted by: admin 1 month, 2 weeks ago 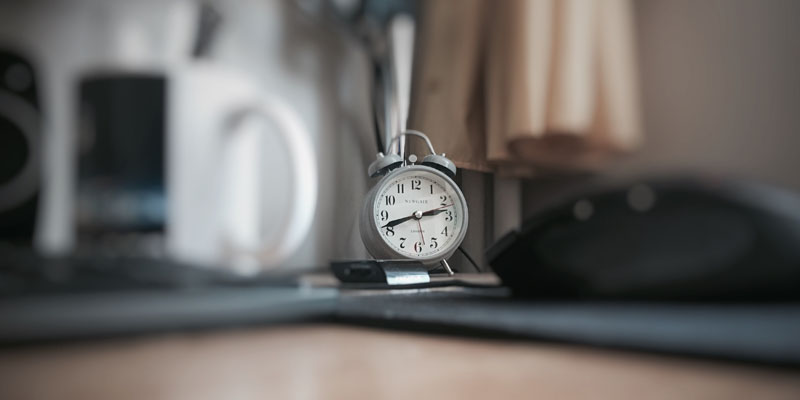 What Is Value at Risk (VaR)?

Value at Risk (VaR) is a statistic that quantifies the extent of possible financial losses within a firm, portfolio, or position over a specific time frame (Investopedia). This metric is most commonly used by investment commercial banks to determine the extent and probabilities of potential losses in their institutional portfolios.
The value-at-risk measure was developed by John Hull in 1992 and it has become one of the most widely used measures for assessing market risks.
The VaR model calculates an estimate of potential losses from all possible outcomes based on historical data. It's also called “expected loss” because it represents the expected amount lost if certain events occur. For example, you can calculate how much money your company would lose if its stock price dropped to $10 per share.
However if you try to find each of definition from VAR, you will get

The usage of Value at Risk

Risk managers use VaR to measure and control the level of risk exposure. One can apply VaR calculations to specific positions or whole portfolios or use them to measure firm-wide risk exposure.

VaR modelling What Is Value at Risk (VaR)?

The value-at-risk measure was developed by John Hull in 1992 as an alternative to traditional measures such as standard deviation and historical volatility. VaR differs from these other statistics because it takes into account not only past returns but also future losses. This means that VaR can be used to determine how much money you could lose on any given day if your stock price were to fall below its current market valuation. The formula for calculating VaR is:

A financial firm, for example, may determine an asset has a 3% one-month VaR of 2%, representing a 3% chance of the asset declining in value by 2% during the one-month time frame. The conversion of the 3% chance of occurrence to a daily ratio places the odds of a 2% loss at one day per month.

Using a firm-wide VaR assessment allows for the determination of the cumulative risks from aggregated positions held by different trading desks and departments within the institution. Using the data provided by VaR modelling, financial institutions can determine whether they have sufficient capital reserves in place to cover losses or whether higher-than-acceptable risks require them to reduce concentrated holdings.

There are three main ways of computing VaR. The first is the historical method, which looks at one's prior returns history and orders them from worst losses to greatest gains following from the premise that past returns experience will inform future outcomes.

The second is the variance-covariance method. Rather than assuming the past will inform the future, this method instead assumes that gains and losses are normally distributed. This way, potential losses can be framed in terms of standard deviation events from the mean. 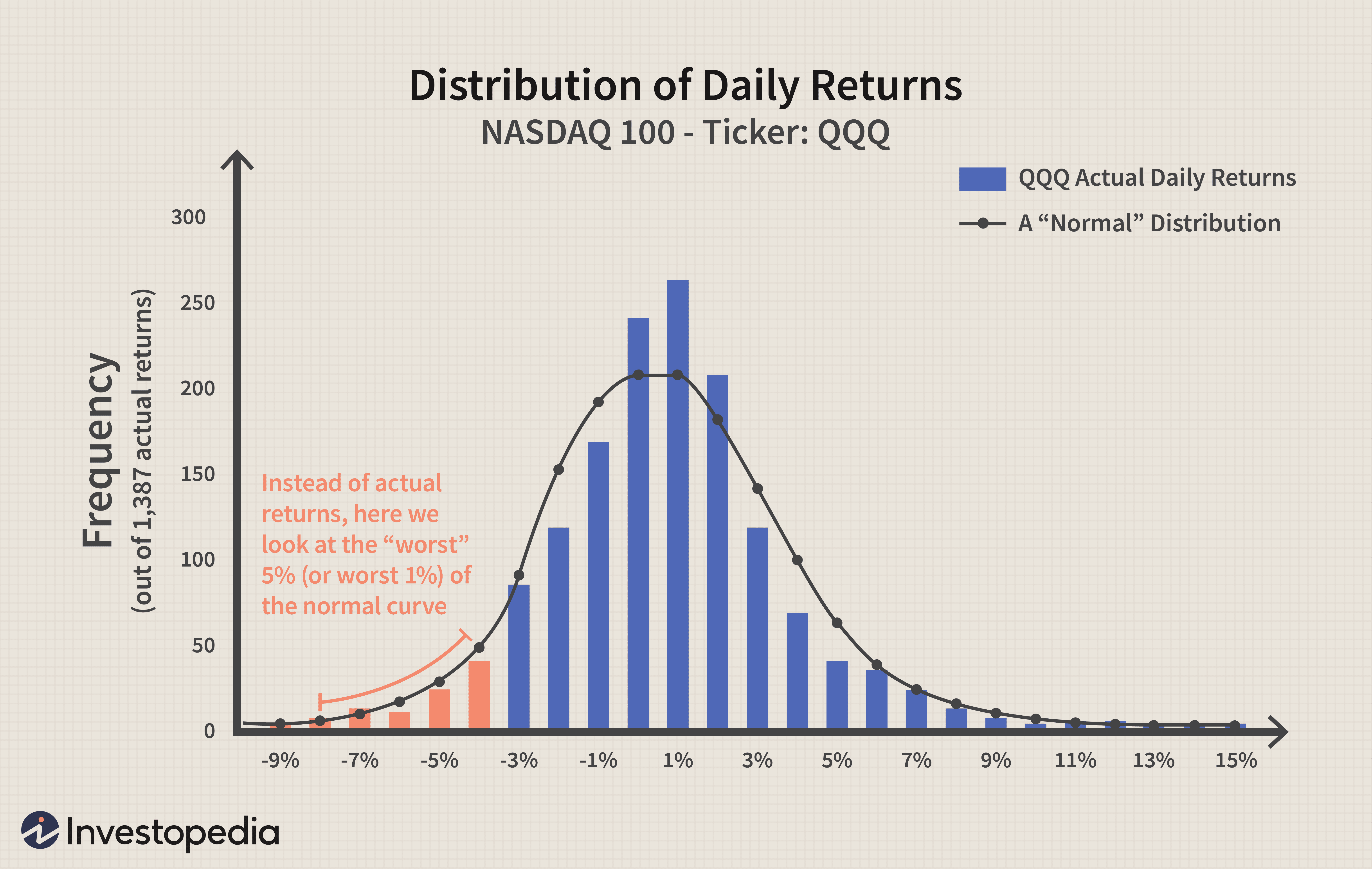 A final approach to VaR is to conduct a Monte Carlo simulSince many trading desks already computed risk management VaR, and it was the only common risk measure that could be both defined for all businesses and aggregated without strong assumptions, it was the natural choice for reporting firmwide risk. (en.wikipedia.org)ation . This technique uses computational models to simulate projected returns over hundreds or thousands of possible iterations. Then, it takes the chances that a loss will occur, say 5% of the time, and reveals the impact.

Example of Problems with Value at Risk (VaR) Calculations

There is no standard protocol for the statistics used to determine asset, portfolio, or firm-wide risk. Statistics pulled arbitrarily from a period of low volatility, for example, may understate the potential for risk events to occur and the magnitude of those events. The risk may be further understated using normal distribution probabilities, which rarely account for extreme or black-swan events The assessment of potential loss represents the lowest amount of risk in a range of outcomes. For example, a VaR determination of 95% with 20% asset risk represents an expectation of losing at least 20% one of every 20 days on average. In this calculation, a loss of 50% still validates the risk assessment.

financial crisis of 2008 that exposed these problems as relatively benign VaR calculations understated the potential occurrence of risk events posed by portfolios of subprime mortgages. Risk magnitude was also underestimated, which resulted in extreme leverage ratios within subprime portfolios. As a result, the underestimations of occurrence and risk magnitude left institutions unable to cover billions of dollars in losses as subprime mortgage values collapsed.1 risk management, value at risk Value-at-Risk Management in Practice: A Practical Guide to Risk Control for Financial Institutions by John P. Walsh Value at Risk and the Basel Committee on Banking Supervision's new capital requirements Value at Risk and Value-at-Risk are two terms that have been used interchangeably over time. The term VAR is a statistical measure of expected loss based upon historical data. It has become an important tool in financial institutions' risk analysis as well as their regulatory reporting. This article discusses how these concepts relate to each other and provide examples from real-life situations where they can be applied.

The author also explains why it is necessary to understand both concepts when designing or implementing a risk control program. He concludes with some suggestions about what you should do if your institution needs help understanding this topic.

It estimates how much a set of investments might lose (with a given probability), given normal market conditions, in a set time period such as a day. (en.wikipedia.org)

Over a short time period, up to a one-year horizon, VaR is recognized as the best balance between implementation feasibility for the past and future evaluation; qualities such as longer-term risk measurement are not as obvious. (sciencedirect.com)

A VAR statistic has three components: a time period, a confidence level and a loss amount (or loss percentage). (investopedia.com)

Key Elements of Value at Risk Specified amount of loss in value or percentage Time period over which the risk is assessed Confidence interval Example VaR Assessment Question If we have a 95% confidence interval, what is the maximum loss that can occur from this investment over a period of one month? 1. (corporatefinanceinstitute.com)

It is an estimate of the minimum loss that is expected to be exceeded in a specified time period with a given level of probability. (veristrat.com)

Handbook of Statistics, 2012 8 Conditional VaR As noted by Artzner, Delbaen, Eber and Heath [1999], VaR is not a coherent measure of risk because it fails to be subadditive. (sciencedirect.com)

The Energy Risk Asia Awards recognises excellence across Asian commodities market as well as providing a unique opportunity for companies acrossâ¦ White papers Latest white papers from Risk Library This whitepaper looks at the events and market data of 2020 and discusses the possible takeaways for the risk professional in planning for future economic crises. (risk.net)

• The value at risk, also known as expected shortfall, is an important tool for measuring market risks. It measures how much loss could be incurred on average if all assets were lost with certainty.

• A common misconception about VaRs is that they are calculated using historical data only; however, this is not true. They are based on current information and future expectations.

• There are two types of VaRs: conditional and unconditional.

What Is Value at Risk (VaR)?
What is Value at Risk (VaR)? In summary, Value at Risk measures how much money your company could lose within a certain amount of time. It's calculated using historical market movements and past performance. The higher the number, the greater the potential loss. For instance, a 10 per cent value at risk indicates that your business could lose up to ten per cent of its total assets in a given year. What Does Value At Risk Mean?

How Do I Calculate My Company's Value at Risk?

PhD Journey Day 28 - Its not as easy as I thought

So for today progress, it's still about working with Data!

So today goal is rewriting the research about VECM from Norwegian model!

PhD Journey Day 24 - Using data from MacVar to use cointegration 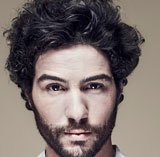