Posted by: admin 3 months ago

Today I got a pretty surprising e-mail from my bank. The information was related to the latest update on my credit card bill. Bank M, with a blue color in the logo, has lowered my credit card rate bills from 2,5% per month to 2,25%. The credit payment due date also goes longer into 2 years.

When I read this information, as an economist creature, my inner craving is stimulating. I asked my self, perhaps it's the time to buy my ping-pong table on the credit base. However, the neurons in my brain asked me, will it be safe to shop with a credit? especially during the pandemic? Most of news saying that the current situation leads to a recession. Wait, what is a recession? Is lockdown causes a recession? What is the effect if I buy stuff based on loan during this recession? Should I be worried, while my income actually still seems stable?

For those of you who have a dilemma like me, let's look at the following article. Hopefully, it can guide you to make the right decision and calm you down.

How to survive financially during this pandemic

Each discussion will begin with light language and continue with the deepening of the model of thinking like an economist.

What is a recession?

Many mainstream media said that the global economy is currently at the abyss of economic crisis. Does this statement true?

Well, when coming back to the economic theory, At least there are three factors that help us define what is an economic crisis.

Recession is not always bad. It could be good when everyone is willing to lower their expectation and keep working. However, it's not always possible due to the law of sticky-price. #keyneysian #Economics

To see why a recession isn't always bad, check out the video that I have prepared:

The worse impact of the recession is stagnant economic growth. This theory in economics is called sticky-price law. It's because of the situation where people don't want to receive lower salaries. Instead of accepting low salary, they expect help from the government. The impact of the sticky-price is the increase in the government deficit. Many people start to fill the benefit as an unemployed person and the economy goes down in their production.

This is the anti-climax of classical economics that believes everything will reach their equilibrium in the power of the invisible hand. The power of invisible hand can not solve this situation and therefore the theory from Keynes appear. Keynes gave a critique to supporters of classic economic that always try to put aside the involvement of government.

Empirical data from the World Bank states that the world economy is currently experiencing a massive recession. The economy in European countries, such as the UK in the second quarter of April to June, fell to minus 35.1%. While the Indonesian economy still recorded a positive growth of 2.97%, even though it was below the average, which was always above 5%.

The next question is, are we in a recession or a crisis? It is too early to conclude that right now is the period of the economic crisis.

However, in Indonesia, President Jokowi announced that the government has allocated a big stimulus to stabilize the economy. The amount was 670 trillion Indonesian rupiahs. This stimulus will be used in various fiscal policies that encourage the economy to return to its optimal point.

Is the economy always unstable?

Minsky in 1982 said, "Even in the most stable situation or period of tranquility, the economy always seeds the potential vulnerability to crash."

This instability occurs when economics relies on capital (capitalists). The problem in a capitalist economy is that the economy expects the return on the hope of future benefits. When people saw their profits increase, they will be busy investing their funds more and more. This is what causes cyclical risk. What is a cyclical risk?

Please check the video that I have prepared below.

The next question then, Isn't there already a monetary and fiscal policy? Does the country not too far involve in the household?

The problem is, monetary and fiscal policy will not be enough to maintain economic stability without the assistance of macroprudential policy. If we go to Keynes's explanation, the economy can run without government intervention if we are not in a state of recession. This is what is called the law of invisible hand. The concept is always echoed by supporters of Classical economics, such as Republicans in the United States.

The idea of classical economy is to put aside the role of government in maintaining economic stability.

Here's a video from my YouTube channel that explains why we can't depend on the free market in a recession.

When the economy is in good condition, people generally want to increase their credit. The problems in 200 years of the economy are nothing more than debt problems (Reinhart and Rogoff, 2009). This macroprudential policy will counter the cyclical risk from economic growth that is too fast, especially those originating from debt.

If we asked whether monetary and fiscal policy is not enough? Monetary policy has the aim of stabilizing the economy by regulating the money supply. When we shop for various things by loan, it increases the risk of our debt default, especially when our source of income stops.

At the same time, the fiscal policy seeks to maintain the value of GDP through government spending. In the video, it was explained that too much government support in a recession, it will backlash and increase the amount of inflation, which in turn makes the economy stagnate or not grow.

The macroprudential policy work as the mediator, for the first to keep our economy always in proportion to the use of debt. One of them is the Loan To Value ratio instrument, where the total debt cannot be more than the collateral ratio.

What are the smart steps needed to maintain sound economic stability?

There are a thousand tips for activities and financial management during this pandemic season. This suggestion below will be more to serve the purpose of how to reach the full capacity of economic production or optimal GDP.

1. Consumption sector - Do not over consumptive especially on the base of loan.

Based on notes from Rogoff (2009) that the problem since 200 years ago was about over loans. Debt has created a benefit for human life but also a serious problem, especially with the nature of debt growth that triggers a cyclical effect on a good economy. If we get a lower string on our credit card, we should not see it as an opportunity to buy more items.

Debt and credit have also added many benefits to the community. Based on the book from Harrari related to the history of Homo sapiens, humans bought goods based on their economic capabilities in ancient times. This makes growth slow. Because humans must work first before purchasing an item, however, because of the discovery of credit, a person who has an idea can directly get capital from a bank, as long as he can convince the bank's owner that the project he will be working on will bring good results in the future (Harari et al., 2015).

With a budget of constraint graph explanation, especially in the current COVID moment, our ability to owe a money will be greater. This makes us tend to owe more in the bank.

Here is a video explaining why we like debt

The more debt that is taken up, this will increase the cyclical risk when the economy falls. And this risk is called systemic risk or something that we cannot control.

Many things can bring in foreign exchange at a time like this if you are a creative content creator. Stay active and try to get an extra income. Starting from the essential things like selling goods using an international platform like eBay or Ali express is an active step from consumer to consumer export.

If you do not have the facilities to make things physically, you can also be active in creating creative content such as working at Upwork, creating content on Youtube, and various other creative industries that will bring in foreign exchange.

Keynes, J.M., 1935. The General Theory of Employment, Interest, and Money.

Largest countries in the world

Lowest currency in the world

Profile of great britain and spot for vacation 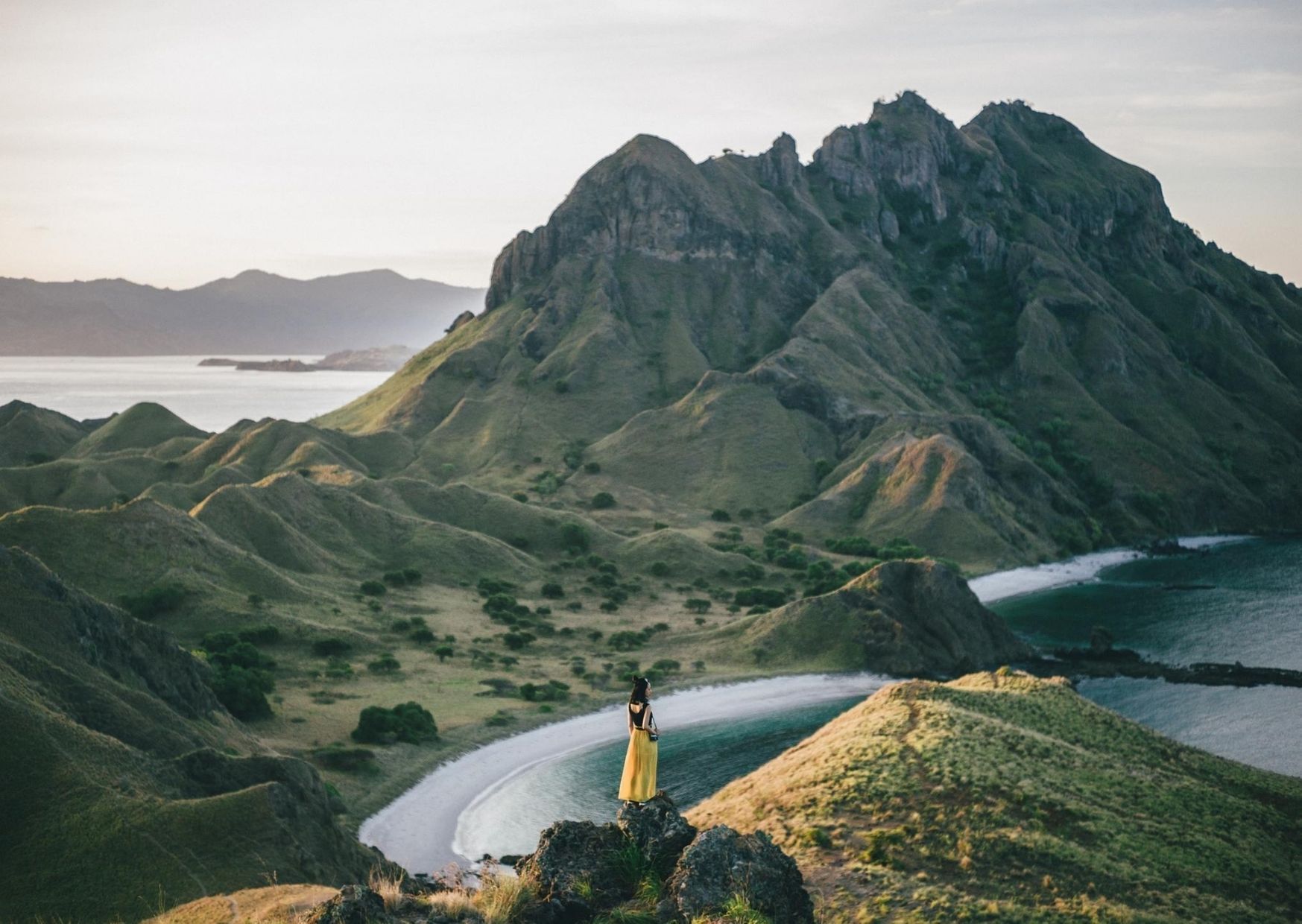 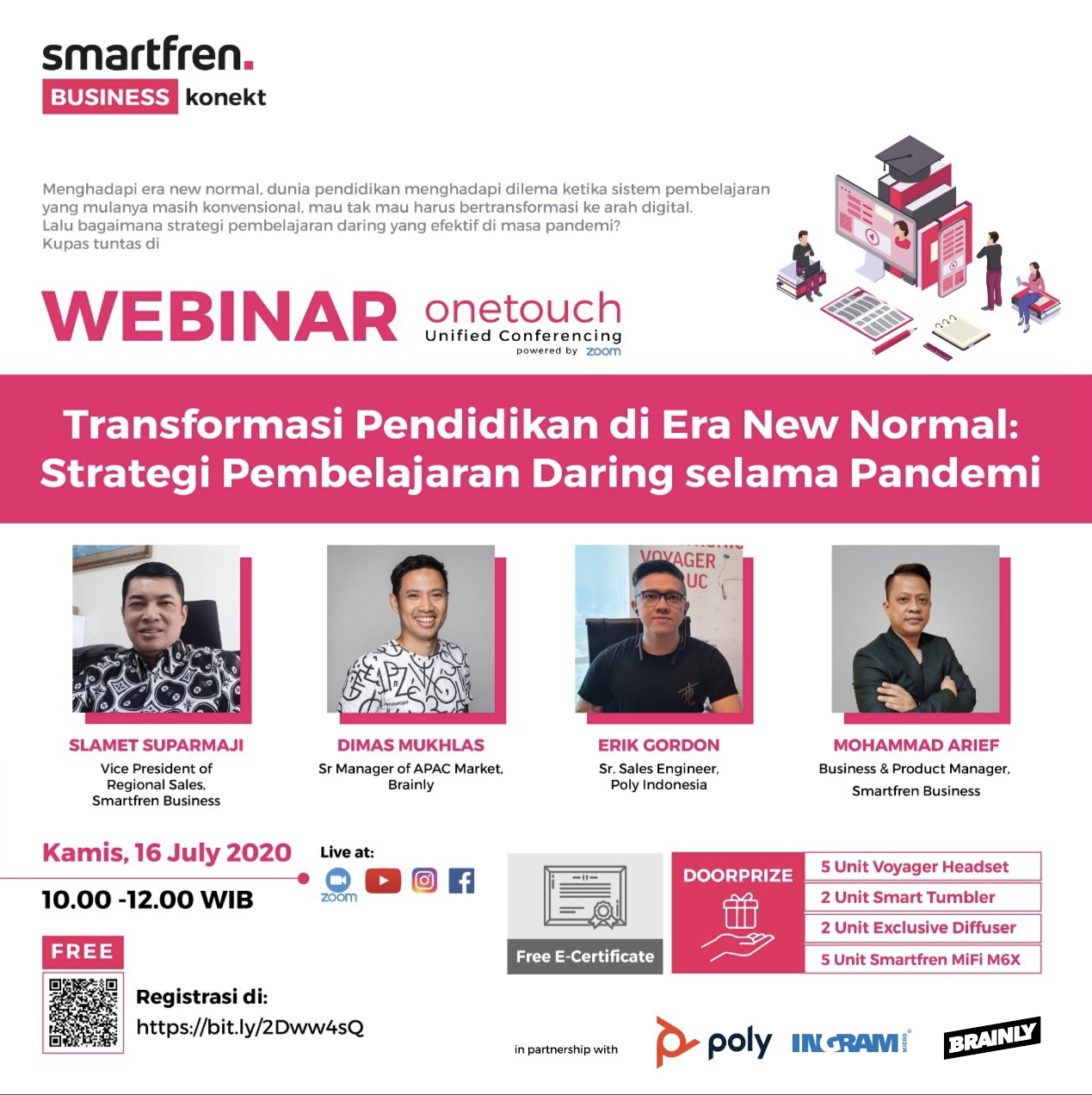 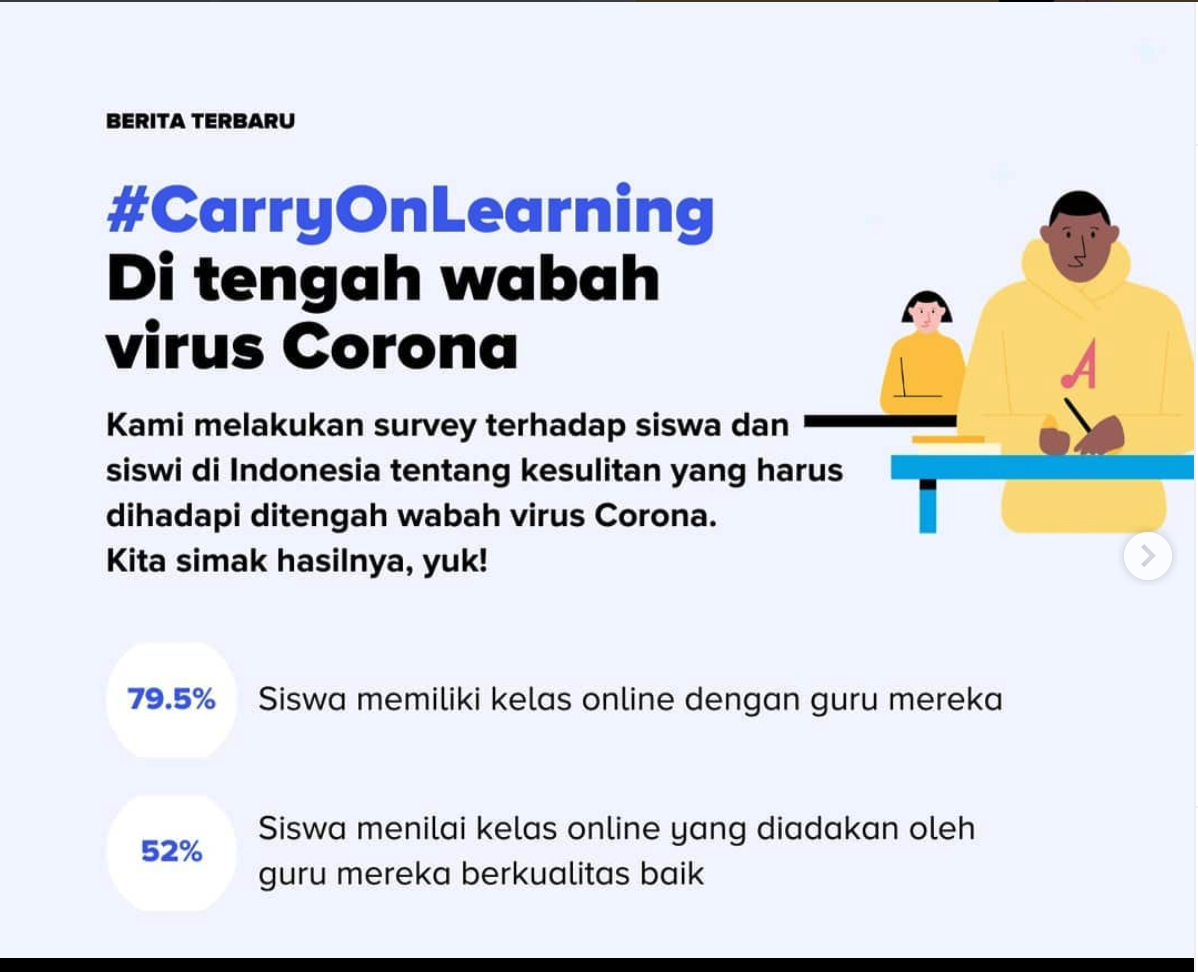 Why we better not to do multitasking 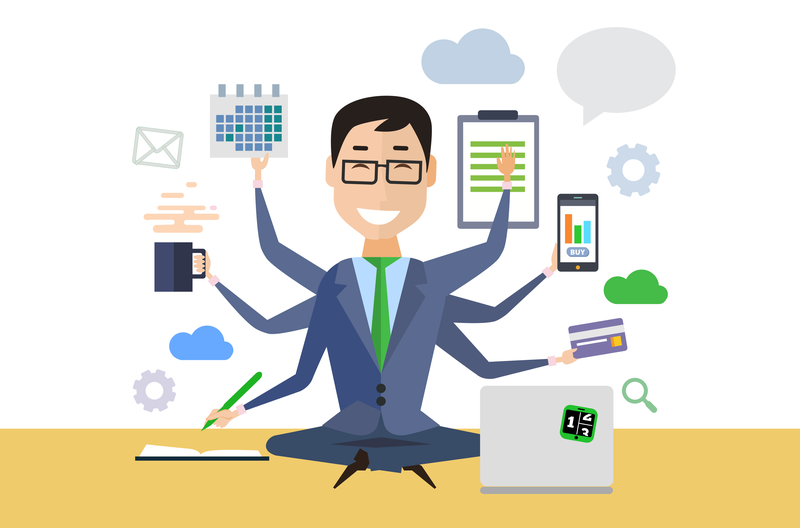 How big is the edtech business all around the world 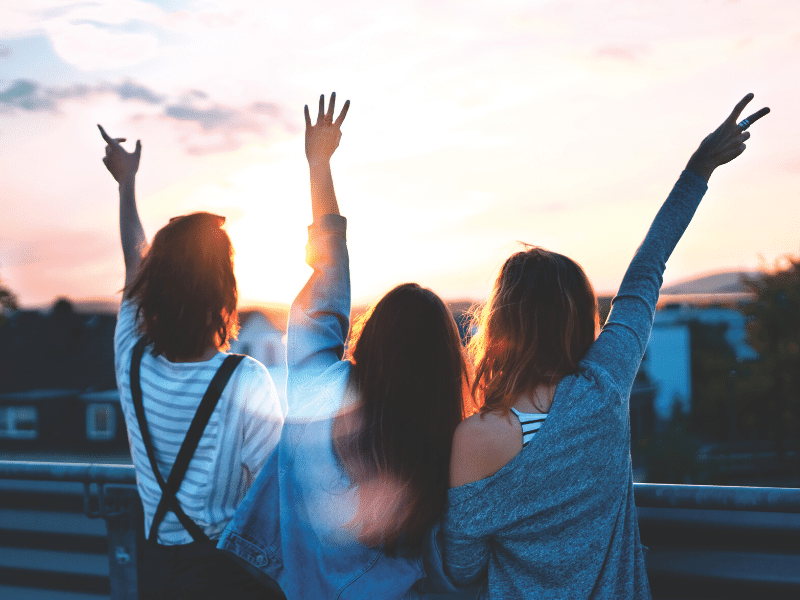 Thanks for stop by